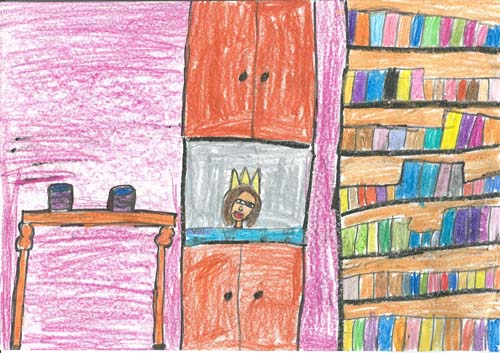 In this amazing story Marvin Redpost, Kidnapped at Birth, Marvin is a 9 year old boy in Ms. North’s 3rd grade class. Marvin thinks he is Prince Robert. Prince Robert is the King and Queen’s son. The King and the Queen of Shampoo are looking for Robert because Robert is missing. Do you think that Marvin is really Prince Robert? Read to find out.

The main character in this book relates to my life because I once had my blood taken and Marvin went to get his blood taken. Marvin was brave when he went to get his blood taken. I was brave when I went to get my blood taken, too. One thing I like is that the illustrations are cool because when I read a page with an illustration on it I feel like what was happening in the book is really happening in life. I also liked how the author ended the book. When you finish and you’re on the last page you still want to know if Marvin is really the King and Queen’s son, but you don’t know because the author just end the book.