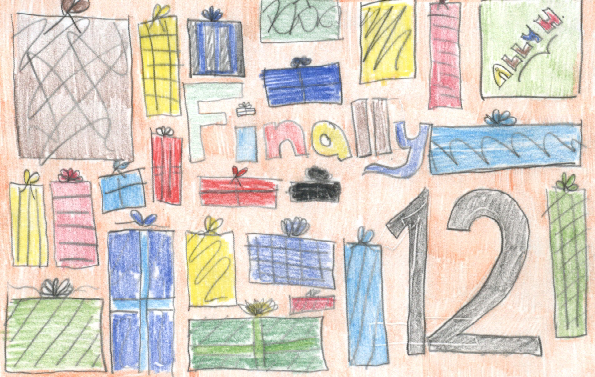 In Wendy Mass’s story, Finally, Rory Swenson is turning twelve. Rory wants to be just like her friends because her friends have cell phones and go the mall with no parents. However, she cannot because her parents always say no. However, when Rory’s parents finally let her do the things she wants, she ends up making messes, and gets a rash from a bad make-up day.

I like the main character, Rory Swenson, because some of the things she wants, I want too. The trouble she goes through is a little silly and I might do the same at times. I love the way she will do something wrong and then she will try to forget it and try something new like when she tried to make coffee and spilled it everywhere.

This story reminds me of me a little, because I want to do things, and when I try something new, it almost goes wrong just like Rory. I am also a big clutz, just like her!

My favorite part of Finally was when Rory got her bunny. The night she brought it home from the mall, she had a dream that the bunny was going to kill her. When she woke up the bunny was on top of her, stopping her breathing. The owner had told her people kept bringing the bunny back because it was evil, but Rory thought it was too cute to be evil.

The book is probably best for younger girls who would enjoy reading about Rory because she funny and doesn't take herself too seriously.

I recommend Finally to people who want to live life under their own rules, but can’t because of their parents. Sometimes you feel like your Mom and Dad are just saying "No" to be mean, but all they want to do is keep you safe. After all, you never know what is going to happen. I felt the same way when I thought that I could not do anything. I felt like I was like Rory because she is turning 12 years old and I am twelve too.

After awhile, when I got more into the book, Rory would try something new, and I would just know that it would go wrong in the end. The book title fits the book because she has been waiting to do things and now she is at the age where she FINALLY gets to try these things.