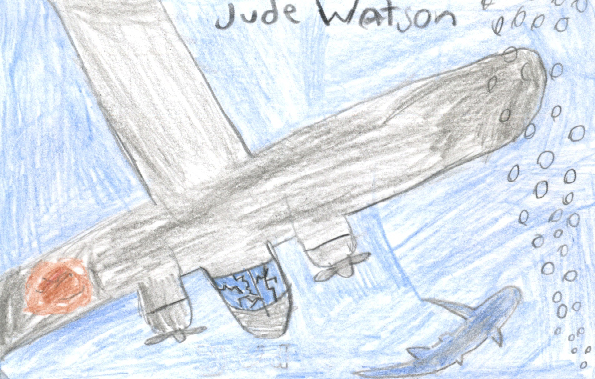 This book is about a brother and sister who are searching for 39 clues. They are in Sydney, Australia in a museum looking for their grandmother's necklace, and while they are in the museum they get an unexpected surprise.

Out of all the characters in the book, Dan is my favorite. Not only do I like him because he is a boy, but because we are a lot alike. They way we are similar is that we get sidetracked a lot, like the time I needed to do homework and I was doing other things instead.

My favorite part was when Amy had seen someone that she thought she knew. As Amy was following that person she ended up in an empty jail cell. When she walked in, she heard a SLAM! That is when Amy saw the person that she was following walk away. She screamed for help and Dan came and opened the door. Amy felt stupid because the door wasn't even locked.

When I read the 39 clues, I felt like I did not want to stop. The author used interesting vocabulary and one time when I was reading and figuring out a clue, I did not even hear my teacher tell us it was time to stop reading.

These books are better if you read them in order. In some of the books, the characters find more than one clue. All 39 clues will lead to the most powerful thing in the world. In the first book, the characters are given the choice of a million dollars or be able to search for these 39 clues. I would have taken the million dollars!

I recommend this book for people who like mystery and adventure because you have to read clues and get involved in the story. There is also a game you can play along on your computer to look for clues. The book is best for ages 10-15 I think, and it maybe 80% boys and 20% girls would enjoy this book.