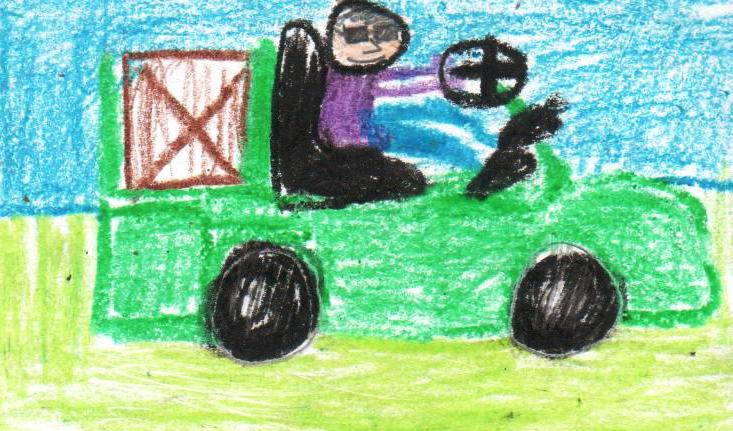 Lawn Boy only wanted to get $7,500 in the twelve weeks of summer. Halfway into his summer plan, he already had $480,000, people who work for him, a stockbroker, and he sponsored a fighter. When Grandma is at the gym with Lawn Boy’s fighter, Joey, Grandma introduces Joey’s long-lost cousin, Zed. They went home but his parents weren’t there. He already knew his parents were gone. If they were there, his parents would’ve grounded him because Zed is super messy and disgusting. After that, Lawn Boy went into his garage to start his mower and start mowing lawns. Suddenly, two of his friends named Kenny and Allen came into his garage. They said that they weren’t busy so they could help. Lawn Boy introduced them to Arnold, Lawn Boy’s stockbroker. After introducing themselves, they all went to Joey's fight. Joey's fight only lasted four and a half seconds! Suddenly, people with cameras came and interviewed Joey and Lawn Boy. Lawn Boy didn’t say a word because he didn’t know what to say. Only two days after that interview, girls were on the curb waiting for an autograph. A pool cleaning business wanted Lawn Boys picture. He had too much stress and the only thing he did to calm down is mow peoples lawns. The next day he went to eat with Arnold. Then a woman told him she was going to sue her mom and dad. He bumped into a fat guy who also wanted to sew Lawn Boys parents. Read and find out what happens to Lawn Boy.

The thing that I hate is that the chapter names are really hard to understand and have to do with money. Also, the book never says what Lawn Boy’s name is. That really bothers me a lot. But what I do like is that he has a bunch of money and makes me realize that there’s a bunch of ways to earn money. The other good thing is that the book isn’t too long and it doesn’t take a long time to read.

RM
is a student in
Mr. Fulton's 4th-5th Grade Class