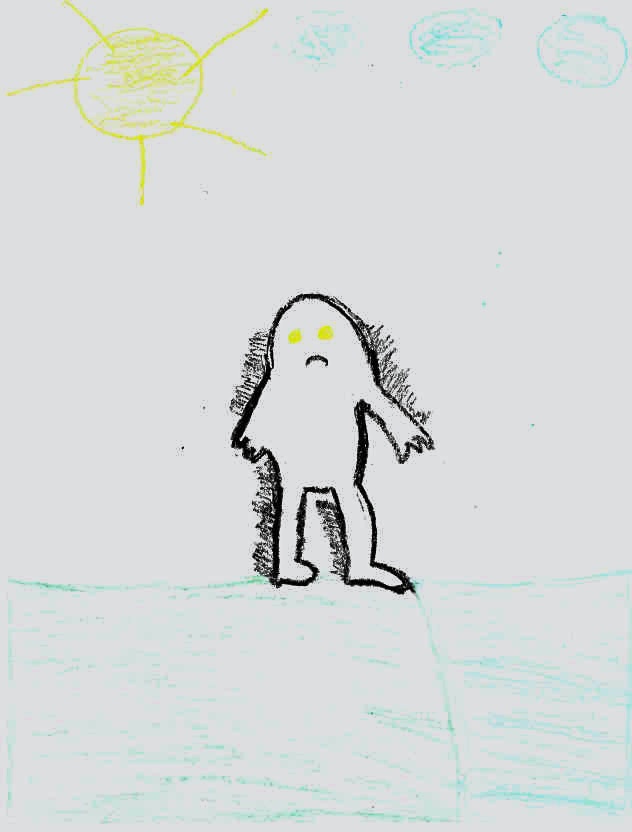 There was a lonely beast and he was sad because he was lonely. He went to find other beasts so that he wouldn’t be alone. He walked a long way through the forest, until he reached the shore. He swam a long way, until he got too tired and sank to the bottom of the sea. There he met sea animals and got a ride on a huge whale. Finally he reached the shore. He walked through the woods until he arrived at a city. There he met a lot of people but they ran away from him. Eventually people weren’t scared of him anymore and grew to like him and let him sleep in the park. He stayed for a while, but then he left the park because he was still lonely and looking for his friends. He went back to the woods and into the sea until he got back home to his garden. He found all of his beast friends in his garden and they had a party and danced all night and they were very happy together. And the beast wasn’t lonely anymore. The end.

I would recommend this book to a boy who likes scary things, like beasts. If you like walking and swimming a lot, you would love this book. If you ever want to visit New York, or like chocolate cake or feeding berries to birds, you might enjoy this book because the beast does that. This book would be good for a 5 year-old to read, up to age 10. I’m 8 and I really liked this book.