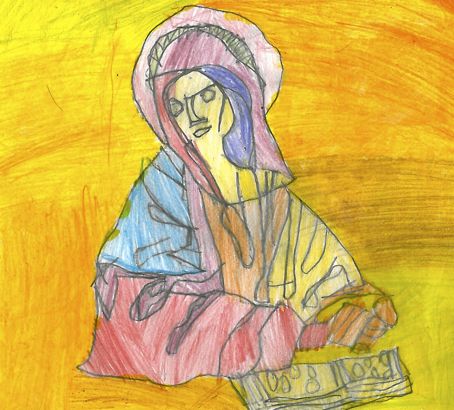 Anna of Byzantium is about a princess named Anna, who is also the heir to her father’s throne.  However, she is overheard talking about banishing her brother and killing her grandmother when she becomes empress. She is proven unworthy of the throne which, although rightfully hers, is given to her brother John.  After this, she starts to become more and more hateful to her brother and grandmother, and she plots to get revenge. I would tell you more, but that would spoil the fun of reading the book itself.   I thought this book was okay.  Although not great, it was not bad.  But it was boring at times. It was boring because the book dragged on and on, and kept talking about her going to the library, then school, then library again. It was just the same places over and over. It got more exciting when bad news of war came.

Anna's brother, John, changed the most in this book.  At first, he acted like a spoiled brat and let people control him. But in the end, he showed that he was his own person. He showed this when his grandmother said that Anna should be put to death for trying to kill him.  However, he said that he didn’t do things like that anymore. At first when John was to be emperor, I thought it was a bad decision, but John stood up to his grandmother, and so I thought it was a good choice.

My favorite scene was when Anna first met John as a child, and tried to kill him by saying he was more beautiful then Apollo. She thought this would kill him, because Simon (her tutor) had told her stories of the gods, and how when people said that they were more beautiful than Apollo, the gods came down to punish them.

Anna was kind of selfish in this book, but at times she did good things, like let Malik (Sophia’s soon to be husband) stay at the castle, and she also granted her slave, Sophia, freedom when Anna was being exiled to the convent.

I recommend this book, because even though it was kind of boring at times, it was also interesting once you got past the slow parts. The appropriate reading level for this book would be ages 11 – 13.