My Sister the Vampire #3: Re-Vamped

My Sister the Vampire #3: Re-Vamped 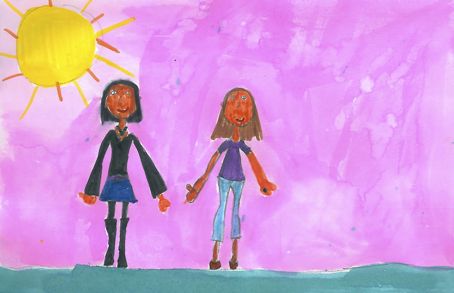 In many stories, people say that vampires make an enemy of humans, and aren’t nice to humans. This fictional story is the total opposite. It isn’t all about humans being scared of vampires.

This book is about a girl named Olivia Abbott, who is adopted. She finds out at school that she has an identical twin sister named Ivy Vega. Ivy tells Olivia that she is a vampire, and because of this, vampire officials demand that Olivia passes three tests to see if she is worthy of knowing the secret about vampires. Meanwhile, Ivy and Olivia are trying to find the truth about their biological parents. They know that one of their parents must be a vampire, and the other a human. If you want to know more, read this book, and find out for yourself.