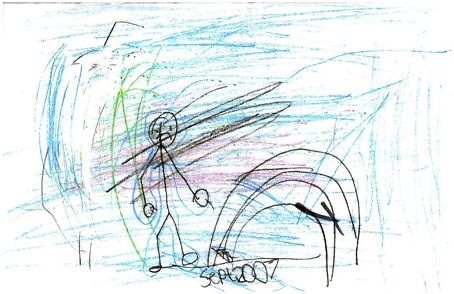 My favorite part is when Greg goes to a kid's house and disables a game. Then the kids go crazy. I like it because it sounded really funny to me. I laughed so hard.

I want to meet that kid, Greg. He would be funny to meet. I would like to play that game that they play. I like his school, but I'm glad I don't go there. It would be too loud and crazy. I'm glad these kids don't go to my school.

There are no parts to this book that I don't like. Zero.

There are lots of Wimpy Kid books. I think I will read two, or maybe one, more. I might want to read them all. I think third and sixth graders would like this book. I recommend it to them.

Jack H.
is a student in
CGS Freedom Readers!