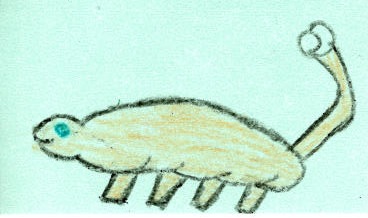 This book is about dinosaurs that eat meat, plants and other things. This book tells about the size of the dinosaurs and about their life. For example some it talked about how some dinosaurs hunt by running fast or slow. Dinosaurs could be any color. My favorite dinosaur in the book is Styracosaurs. Dinosaurs have many ways to defend themselves from mean meat eaters defend themselves with horns, tails that are made of bones that are very powerful. Corythosaurus have crests that make loud noises that sound like trumpets for locating each other.