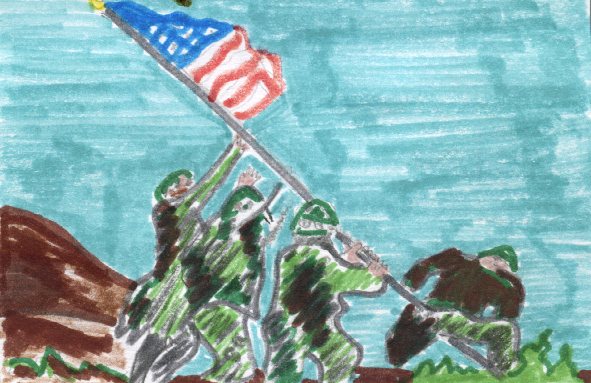 From the equipment to the command posts, this book describes the whole system of the Marines. First it details Marine training...what do you expect! Not every grunt is ready for lunch at Paris Island. It describes the chilling battles, the deadliest fighting force on the planet, and the weapons, technology, vehicles and tactics they use to win. All thanks to Combat Correspondent, that records our history throughout the wars. And, you can go deep behind enemy lines with U.S. Special Forces Snipers as they show you how the USMC gets things done!

My favorite part is when they explain how three Marines are left by their selves with few supplies. But, they manage to escape from a brigade of about 2000 soldiers. I think that for that mission you need all heart. Something special about this book is that it has diagrams of the roles that people play from a simple infantryman to a commander of the USMC. When I read this book I felt encouraged to join and also I felt patriotic about my country. I am in fact going to the Marines when I graduate from high school.

My opinion of this book is that it explains itself well enough for you to understand the United States Marine Corp system, and the author did a great job wrapping up the whole story of the Marines in just a single book.

Taylor A.
is a student in
Ms. James' 8th Grade Class