Revenge of the Living Dummy

Revenge of the Living Dummy 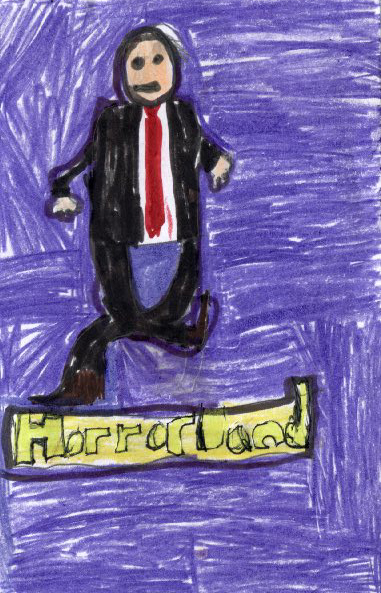 In this story, the cousin of a girl named Molly came over and brought his dummy. In the middle of the night, Molly and her friend, Britney, heard footsteps. In the morning, Molly and Britney found much of the furniture destroyed. Both girls were confused and did not know who had done it. Molly and Britney went behind one of the couches and found the dummy walking. All of a sudden, a vase broke and everyone came running downstairs to find a broken vase and the dummy pretending to be fake.

Molly and Britney told everyone that they saw the dummy break the vase. The rest of the people thought Molly and Britney were just making it up so they could Molly's cousin, Ethan, out of the house. The next night, the girls stayed up all night to see what the dummy would do. All of a sudden, the girls saw it walking downstairs. The dummy thought he saw something too so he ran back upstairs. The night after that, the girls got in a fight. The tied up the dummy and threw down Molly's well. The next morning, Molly's dad found the dummy sitting at the table.

Molly's dad told the girls not to throw the dummy down the well again. The following night, the girls tried to capture the dummy again. Ethan finally believed them and helped them do it.

The story relates to my life becasue I'm usually on an adventure and I like to find answers to mysteries. There aren't any pictures in this story and I don't think it needed them because it is well described. I think others should read this story because it is a good mystery and has lots of action.