Jason and the Golden Fleece

Jason and the Golden Fleece 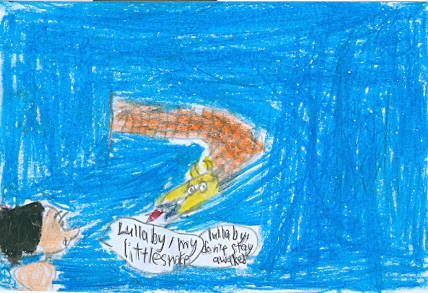 This book is about Jason who had a quest to find the golden fleece. The fleece was in a very dangerous place guarded by a dragon. Jason went to get the fleece and was helped by a girl to steal it from the dragon.

My favourite part is when Jason saw the dragon's teeth because it was very scary. Jason was very brave. My favourite characters are the soldiers because they were funny and were easily fooled. I like the cartoon pictures because they helped me understand the story. I think little boys and girls would like this book because it’s an adventure book with a message.

Samson O.
is a student in
Teacher Rebecca's 3rd Grade