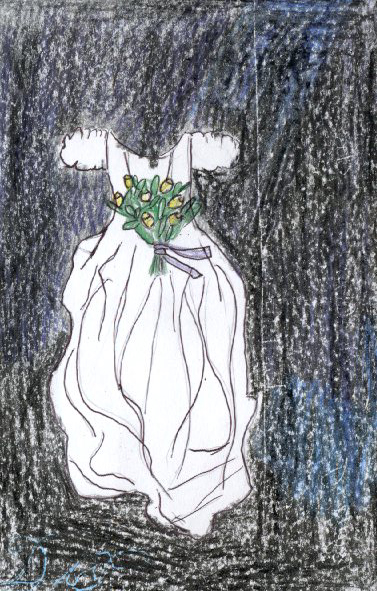 In the novel Distant Waves,by Suzanne Weyn,a family of six girls go on an adventure that can cause a change in the future. June, Mimi, Amelie, Emma, and their mother all take a trip to Spirit Vale, New York, but on the way, an earthqake occurs and they meet the famous inventor named Tesla.

Once they started giving mystical readings for a living. June became very interested in Tesla and before long she was writing an article on him. Mimi was offered a job to be an assistant to one of Tesla`s friends and later had to leave Spirit Vale to travel for the new job.

June and the rest of the family packed up later in the spring of 1912, and took a journey to London, England . In London the family finds out that their beloved Mimi is going to travel on the ship of dreams, the Titanic. When the family of five learnes that the ship may sink they all head down to the ship. The family was planning on meeting in Europe after their ships docked, but while they were trying to find Mimi on the ship, it left the dock. Tesla and the whole family was aboard, so they decided to have Mimi and Victor`s wedding on the ship. The problem was that Tesla was planning on showing Colonel Astor his latest invention, a time travel machine. When Tesla and Colonel Astor went to go see the invention, it sent Tesla, June, Mimi and Thad (Mimi's boyfriend) two hours into the future.

When June and the rest of the family that made it through the sinking went back to Spirit Vale, they heard on the news that there were two unconsious bodies found in the ocean. June road down to the dock and found out that Thad and Mimi made it out of the water and were in good condition. Thad and June fell in love and Mimi lived on heartbroken for the rest of her life becuase she found out that Victor, her husband, died in the sinking.

This story relates to my life becuase I have a family of all girls and can see how they can sometimes not get along. This story does not incude any pictures. I think others should read this story becuase it gives you alot to relate to. The story also included both action and romance, so it has a little bit of both if you like a certain kind.