By the Great Horn Spoon

By the Great Horn Spoon 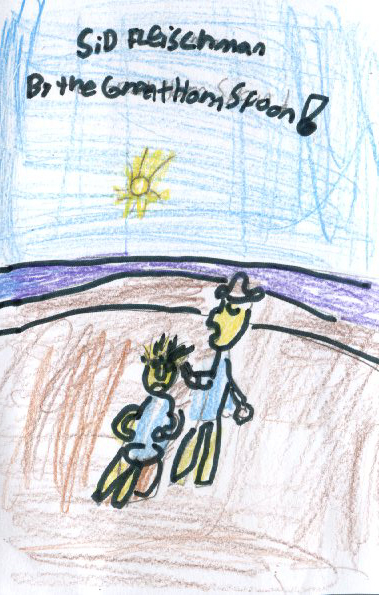 When they arrived in California, they had to find a place to sleep. They went to the United stats Hotel. Theywere going to go to the mines, but they had to take a riverboat there. Praiseworthy earned money from giving free haircuts tot he miners who had gold stuck to their hair. When Praiseworthy cut their hair, he got to keep the gold in the hair. Jack and Praiseworthy finally started on their journey and Jack saw Indians for the very first time.

The boys found a little bit of gold. Praiseworthy proposed to a lady named Miss Arabella. They stayed together in California as a family.

I would not have changed anything in this sotry because it had many interesting historical facts that I leaned about last year. My favorite part of the story is when Jack got a haircut because it reminded me how much I hated getting haircuts. My favorite character is Jack because he's going through the same things I'm going through right now.

There are many pictures in the book which help you understand the story better because they show you what's going on. I think you should read this story because it's alll about courange and aventure.

Maxwell.M
is a student in
Mrs. Okamura's 5th Grade Class