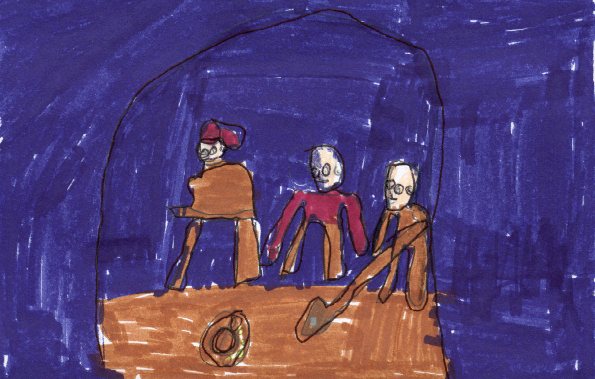 Frank and Joe,the main charecters, have to help their dad, who gets injured on a case. The boys have to go and meet him. They find out that he has broken his ribs, so the boys have to go undercover and take there dad's case. They were pretty far into the case when they get kidnapped.

The person who kidnapped them is a notorious gang member looking for the gold, like the boys. They were taken somewere, but they got out and went on the hunt again. While looking for the notorious gang member, they ended up in a ghost town. The boys saw a lot of spooky things, such as flashing lights in the graveyard, and get chased by a man with a gun. After that, the gang tried to kill their dad.

This story is nothing like my life because I don't solve mysteries. There are a lot of pictures in the story and the help explain it. I think that others should read it because it's very easy to read and understand and because you feel like you are a part of the story.