The Sorceress {The Secrets Of the Immortal Nicholas Flamel}

The Sorceress {The Secrets Of the Immortal Nicholas Flamel} 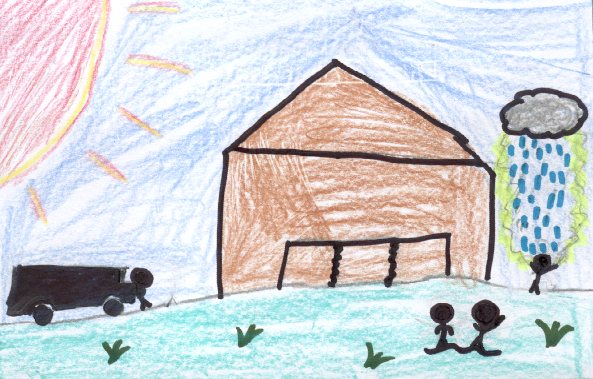 Josh and Sophie Newman, twins, and Nicholas Flamel go to London to a Leygate to San Fransisco. In order to get to the Leygate they need help from Palamedes,a very strong knight. Palamedes drives them to his junkyard fort for protection from Dr.Dee,a necromancer who wants the codex that Nicholas has. When they get to the fort they meet William Shakespeare, who is a magician. Just when they get ready to leave they are attacked by Cerrunos, the Wild Hut, and Dr.Dee.

While they are defending themselves, Pernelle Flamel is trapped on the island of Alcatraz. She can't swim away because the water is infested with nereids, dangerous sea creatures, and their father Nereus. The Morrigan, Crow Godess, and a sphinx are trying to hunt Perenelle on the land. De Ayayla, a ghost, helps Perenelle by rattling the cell doors to keep the sphinx distracted, but when Perenelle is trying to hide, she runs into it. Pernelle and the sphinx get ready to battle. Perenelle makes a move and turns the room to a freezing temperature. The sphinx is used to a warm climate so it falls to the ground and turns into ice. Perenelle senses a strong force of magic from below so she goes there. There she finds a giant spider trapped by words of power, the most powerful kind of defensive magic. Pernelle releases the spears they are atached to and frees the spider. Perenelle notices the giant spider, Areop Enap, and they work together to try to escape out of Alcatraz. They both think they should to go to guard tower because it is safer. When they get to the top they find Morrigan waiting for them. Pernelle distracts the Morrigan, so Areop can tie her up with webs. They take the Morrigan up to the guard tower and they all rest. Areop puts herself into a web ball because thats the way she rests and then Nereus goes onto land and attacks Pernelle. Pernnele kicks and stabs it untl it stays in the water. Now she is all alone trapped on Alcatraz.

The twins,Nicholas, Palamedes,and Shakespeare flee to the car to drive to a barn. Palamedes and Shakespeare go to Stonehenge to meet Nicholas and the twins there. The twins and Nicholas drive to a barn where Gilgamesh teaches Sophie and Josh the magic of water. Gilgamesh puts them into a trance where they both see how water can destroy and how it is useful. When Sophie and Josh test out there new skills, they make it rain. Unfortunately, Cerronus and the Wild Hunt followed them to the barn and are getting closer. Nicholas and the twins go to the car and hurry to Stonehenge. There, they meet Palamedes and Shakespeare once again. When Cerronus gets there the two hold the beasts off,while the twins activate the Leygate by touching both sides of it. The twins are worn out and fall to the ground. Then Cerronus and the Wild Hunt rampage past Palamedes and Shakespeare and head toward the twins. Just when they make it in the Leygate and it deactivates, Cerronus gets there. The twins and Nicholas are safe and are on their way to San Fransisco.

I would've changed that Sophie and Josh would use more of the magic of water. I would change this because I think it would make the story more interesting. My favorite part is when Perenelle is fighting the sphinx. I chose this because she is clever to use the spinx's greatest weakness. My favorite character is Perenelle. I like her because she is clever and very powerful. My least favorite character is Nicholas. I chose him because he tricks people and is a big liar.

This story relates to my life because I have been trapped places that seems like no escape. It also relates to my life because I have perservearance and whatever obstacles comes to me, I overcome them. This story has no pictures,but is stil great without any. I love this book and I think others would too.I think people would like the adventure and fighting. People would also like it because the book uses real places and puts magical items in those famous places.