The Hardy Boys: The House on the Cliff

The Hardy Boys: The House on the Cliff 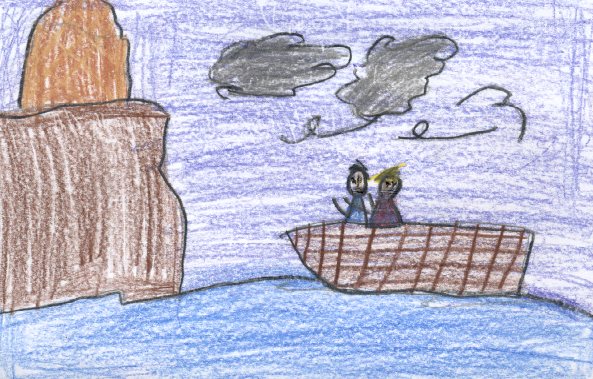 When they went home, they saw their mother was sad. She said Fenton sent her a note, but didn't sign it. Frank and Joe got confused and asked Pretzel Pete, their former ally, about Fenton. When Frank and Joe left, they saw a man wearing the cap that was similar to Fenton's hat. They followed him to the house and rang the bell. The man opened the door and he had red hair. He let Frank and Joe in and met his wife. Then another man came to see Joe and Frank. They saw that he was wearing a cap. They asked about it and he said he found in the road, so Frank and Joe left.

Frank and Joe get a boat with Officer Brown to catch the smugglers. Frank and Joe escaped, found their dad and went home. Their mother was happy to see him and Fenton went to rest upstairs.

I would have not changed the story because the Hardy Boys already solved the mystery. They found the smugglers and put them in jail for trapping Fenton. My favorite part in the story is when Frank and Joe escaped with Fenton because they were saving their dad. When they went home, they were happy to see mom and they all hugged each other. My favorite character is Frank and Joe because they solved lots of mysteries. They helped each other and were very brave. My least favorite character is Chet because he is scared of burglars and smugglers. He didn't even help Frank and Joe on the mission.

This story relate to my life because I'm interested in learning how to solve mysteries on your own and be braver. This story has pictures and they help me with the story because it shows what they are doing. I think others should read this book because it's fun and interesting to learn about mysteries.