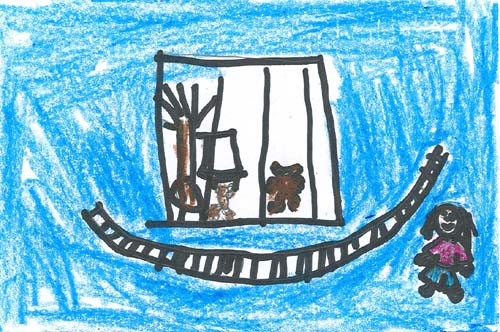 Cam Jansen and the Mystery at the Monkey House is about a girl named Jennifer but everyone calls her Cam because she has a memory like a camera. Another character is Eric. Eric is Cam’s best friend. The monkeys at the monkey house get stolen. Will Cam and Eric find who stole the monkeys?

I liked this book because it had monkeys in it and I love mysteries. I also liked the book because it is funny. It was funny because in the story a monkey follows Eric around and copies everything Eric does. Like when Eric lifts his leg the monkey would do it too.

I would recommend this book to anyone that likes monkeys and mysteries. I think people will like this book because it is really funny. So if you want to laugh, read this book!