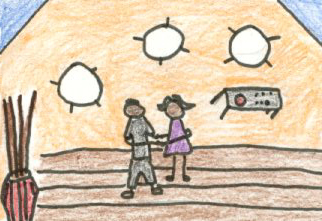 My favorite part is the ending because of how the Phantom of the Opera decides not to get in the way of the relationship between Christine and Raoul. The lesson I learned from the character Raoul is when you like someone, never give up.

I enjoyed the book because it was interesting and dramatic. It is not like any other book I have read because it has one of the biggest mysteries. I would recommend it to anyone who likes to read mysteries. I thought it was the best book I have ever read.

Sebastian C.
is a student in
Mrs. Ferguson's Class