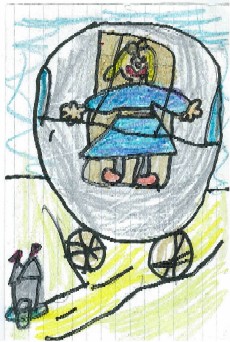 I liked this book because I liked the pictures. I like the curls on Rumplestiltskin’s daughter’s hair. I also like her because she was pretty. She helped the king be nice to the poor people in the country. She also looked like my friend Eve.

Margot
is a student in
Book Club 2