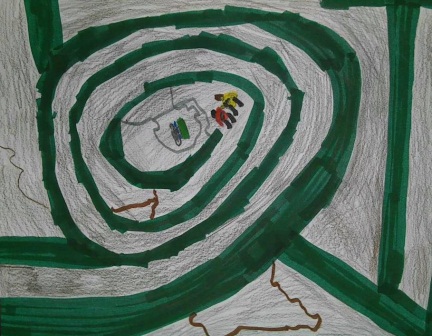 Harry Potter and the Goblet of Fire is about a fourteen year old wizard named Harry Potter. In the summer Harry lives with the cruel Dursleys. In the winter he goes to Hogwarts School of Witchcraft and Wizardy. Harry Potter wants to escape to his friend’s house to see the Quidditch World Cup. Read the book to see if he succeeds.

My favorite part was when Harry is at Hogwarts and his is doing the third and final task in the triwizard tournament. It is a big giant maze. When Harry Potter and another competitor are running toward the cup, but when they touch it they are sent to another place because it is a port key.

I liked this book because I like wizards, magic and stuff like that. I especially liked the triwizard tournament because it was dangerous and other schools competed.

My favorite character was Lord Voldemort because he turned back into himself again after he lost his powers and almost killed Harry Potter.

I recommend this book for people in third grade and up. Or if you like wizards and witches and lots of action you will like this book.