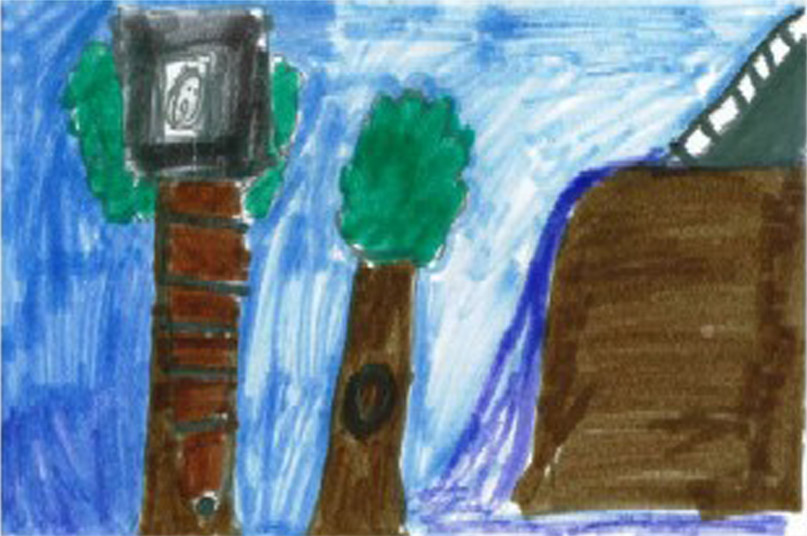 In Dragon of the Dawn, by Mary Pope Osborne, Jack and Annie went to Edo using their magic tree-house. Jack and Annie met a teacher named Bosho. He lived in a hut with a banana tree. There was a fire. Jack used a magic wand to stop the fire. The spell brought him to the tallest mountain in Edo. A dragon appeared at the mountain. The dragon was a rain cloud dragon. It brought out rain clouds that filled the sky. The rain started falling very fast and burned the fire out. Everyone was happy. They went to the Emperor, where Jack and Annie said goodbye to Bosho and went home.

I like the book very much because it has a lot of exciting parts in it and it’s very interesting. The most exciting part of the book is when Jack used the magic wand to stop the fire. I felt like I was there. This book is part of a series. It’s different from the other Magic Tree House books because it is the first time they have ever been to Edo in their lives. It’s similar to other Magic Tree House books because they all have adventures and a magic tree-house.

I think you should read this book! It has suspense, adventure, and really good details. I think anyone who enjoys reading Magic Tree House books will like it too.

Ari
is a student in
Book Club 1