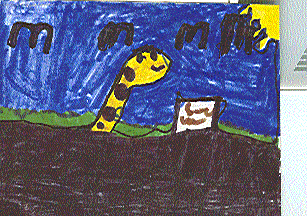 This story is about a class who is going to Washington D.C. In the beginning Emily (the main character) is not sure if she wants to go because she’s afraid she might get homesick. She decides to go and try not to think about her mother and sister. In the end it turns out to be a good time. Emily has fun at the hotel when they party there. She also has fun when they go to different monuments and buildings.

I like this book, Look Out Washington D.C., because it is funny. I also like the illustrations because they were funny. Derek was my favorite character because he took a lot of pictures (like a paparazzi). My favorite part is when they go to the zoo. That is my favorite part because I like animals.