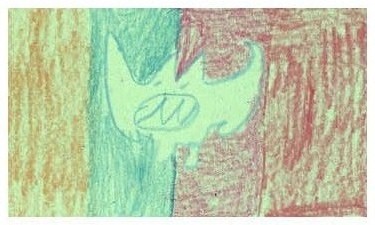 The son liked to play music. The people did not like his music. His father was a magician. The father kept doing pranks on people. Somebody was working hard cutting wood and he made the ax disappear. The people did not want them in the town. There was a monster that came and started eating sheep. A woman said everyone should leave and take all their special things. The father said that he needs to get the monster on the floor to make him disappear. The son said come with me. The son started singing a song about the monster. The monster danced, and then he fell on his back because he was out of breath. The father made the monster disappear. The people in town said the father and son could come back into the town.

I recommend the book to my friends and other people who like monsters. The monsters were big and scary and other kids will think it’s cool. It was a fast book to read. I also recommend this book to kids that like funny books and songs because it has songs, funny stuff, and jokes. One jokes was when the man was cutting the wood and he just made the axe disappear.