Reviewed by Brandon B (age 10) 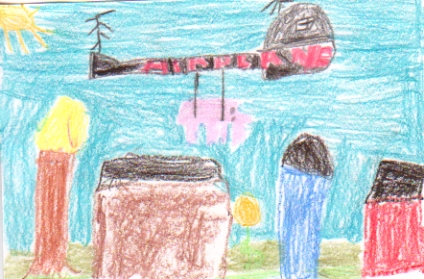 This book is about a pig named Daggie Dogfoot who is the runt of the litter. One day a guy named Pigman went to check on his pigs. He saw Daggie Dogfoot and went to kill him, but he escaped. A few days later, Pigman went to get rid of the pigs, but Daggie’s mother protected him. They went out to a place called “RestHaven” and there Daggie met a Duck named Felicity and they went swimming every morning before Mrs. Barleylove woke up. Then it happened. A huge flood hits the farm and the only way for the farm to be saved is if Daggie Dogfoot swims for help. Can he get someone in time? To find out read this book.

My favorite part was when Daggie Dogfoot ran away from Pigman so he drank a lot of milk because he was very tired. A pig is cute to watch when it drinks from its mother.

I thought this was special because Daggie, from the day he was born, dreamed of flying and he got to fly. I felt curious about if Daggie Dogfoot would be able to get help because the farm was flooding, and if he did, how was he going to communicate with them to tell them that the farm is flooding.

This reminds me of when I thought our dog could fly. The reason I thought he could fly was because one day he got loose and I when I went looking for him, as I turned a corner and he jumped off a bale. He can’t fly though.

I recommend this book for children 5 and up because it teaches us a lesson. The lesson is-- To just believe and you might get your wish.

Brandon B
is a student in
Ms. Bohr's Class