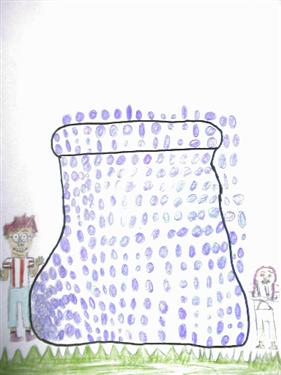 Patrick and I recommend this book to girls that have an older brother because maybe they can relate to this just like I did. Little boys the age of 6 or 7would maybe like this book just like Patrick did.

Patrick and I give this book a thumbs up. We thought this book was hilarious. It made us laugh so hard. We really liked this book so we think you should read it to.