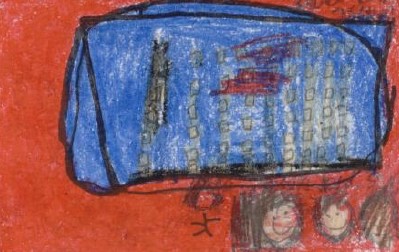 This is an interesting book, when her parents go on the Freedom Trail. Dad, Mom, Judy and Stick went on the Freedom Trail together. After a while they stopped and had some lunch. Judy sat by a friend named Tori at lunch. Judy and Tori talked the whole time. They asked their parents if Judy could go swimming at their hotel and Judy's parents told them no. Judy asked her parents again and they said, "No, honey."

Stick whined and asked, "Can I go to the bathroom?" Mom said, "Dad, why don't you and Judy go see the Paul Revere House, I'll take Stick to the bathroom and we'll meet back here." "Good idea, "said Dad. She declared her independence from making her bed and brushing her hair. When she didn't do it her parents reminded her.

I liked the book because Judy obeyed her parents, and did what they asked her to do. I liked that she declared her independence. There was a Paul Revere House on the Freedom Trail, and it was interesting. I liked how she made Victoria as a friend.