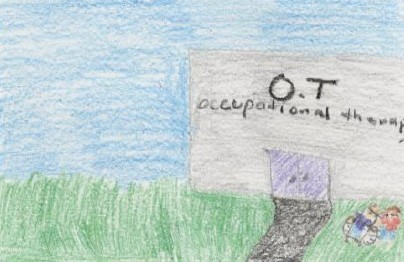 “Don't take your pants off in public”. That's one of David's rules. David is Catherine's autistic brother. Catherine is the main character in the story. Catherine doesn't like having an autistic brother. So she makes a book with rules. One day at the clinic her brother goes to, she makes a friend who can't speak or walk. They stay friends for a long time. He inspires Catherine to see the world in another way.

I didn't like the book because Catherine was afraid to be herself in front of her new neighbor Kristi. Kristi is friends with Ryan, a boy who teases David. That is why I don't like Catherine. Just because Kristi is friends with Ryan she doesn't have the nerve to go over to Kristi's. There was also no action in the book. It was just too dramatic. Other than that, my favorite part was when David was looking for his dad's car to pull in the driveway to go the video store. He says, “There is so many buttons in the world and not one of them is mine.” I like that part because it's a really cool saying.