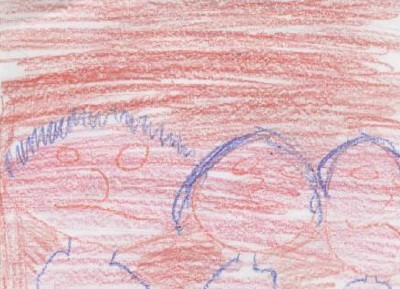 Mr. Fab's sixth grade class has a sub today. But the sub doesn't show up. The class decides to tell the office. Karen doesn't tell them she wants to run the class herself for the day. The class wants to prove kids rule. Karen is class president so she leads the class for the day. They do math and all that other stuff. Rachel is the only one who remembers it has been six months since Tommy Feathers died. When she found out he had died, she stopped talking, and hasn't talked since. Later in the day, some other kids and a teacher stopped by the class. Will they get caught or not? Read the book and find out.

My favorite character is Christopher because he is annoying like me. We both like to get in the last word. My favorite part is when everyone starts arguing. I think it is funny. I like that the students are trying to run the class because I would do the same. I don't think they could get away with it all day because there would be more complications. There would be more people in and out of class.

I recommend this book to people of all ages. If you like sad or funny books, this is the book for you.