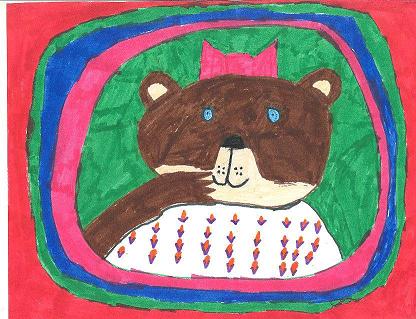 There was a bear who said "marvelous me".The bear dressed up like a ballerina, pilot, tennis player, and a fire fighter. She said "But for now I am just marvelous me".