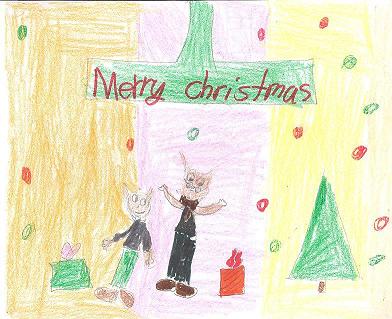 One day Geronimo Stilton was walking. Then the rodents said “Aren’t you hot in that jacket?" He got mad but he just cooled down so he kept walking. Then another rodent showed up and said the same thing! He cooled down again but the third time he squeaked! So he took it off but that’s all for me to say. I’ll let you read the story rather than read what I’m saying.

My favorite part was the ending because the Christmas party is going to start and also when Geronimo helped the elderly lady because it was nice of him. I also like Thea because she is a good sister. My opinion of the book is that Geronimo Stilton is independent.

I recommend this book to good readers and 3rd graders and also 2nd graders because this book will make you read it and read it again.

Vivien P.
is a student in
Miss Hoese's Class