The King of Show-and-Tell

The King of Show-and-Tell 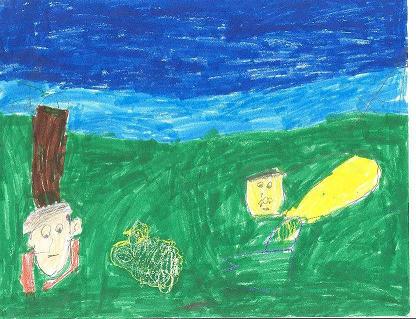 Freddy and Robbie found a baby bird. He went into his house and his sister came into his room. Then Suzie found out that he had a bird. They had a bet that Freddy had to give all his desserts to Suzie so she doesn't tell the secret. The bird's wings looked broken! They took care of the bird, but they fed it worms! They thought the cat was messing with the bird. Will the cat get the baby bird?

Our favorite character is Freddy. It's nice of him to take care of the baby bird. Also, Jessie is our favorite because she is brave. The most frightening part was when the dad was going to call the police because the dad thought there was a stranger outside, but it was Freddy.

We recommend this book to kids that are in 2nd grade and to kids that like to read because this is a marvelous story.