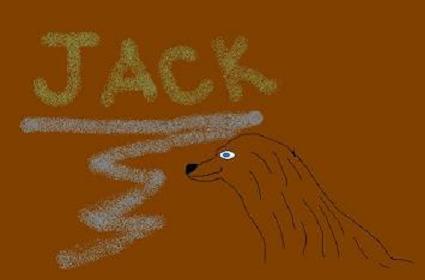 This story is about a kid named Logan. His Mom and Dad got into a fight when he was only seven, and his Dad moved away to a place called Sunnyville. The story continues when he is fourteen. Logan has a list of things he hates, and I mean a long list. Later in the book he is getting a dog because his Mom wants him to be more responsible. But he talks his Mom into saving an animal, and getting one from the shelter. As they go in, they are putting a captured dog into one of the cages. Logan wants him, but everybody thinks he is ugly, accept him. He gets her and calls her Jack, even though she is a girl. But there is a deadly disease going around, and they think she has it. In order to find out what happens to them, you have to read the book.

As I read this book, I was always wondering what was going to happen next. I could not put this book down. My favorite part of the book was when Logan got Jack. I like this part of the book because he was teaching her a lot of funny tricks! I found out that they share a special bond together. I liked this book because it was adventurous and exiting. This story reminded me of my bond with my dog Lucy. She too has to be around me all the time.

I recommend this book to people who like exiting, adventurous stories. Also to people who love dogs! I like this book because it is a fast paced story that will surprise you at the end of every chapter.