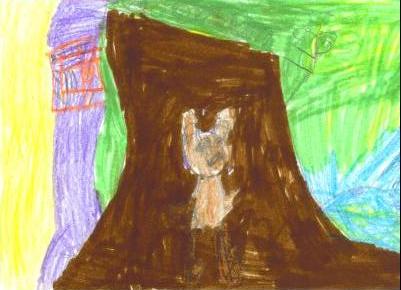 My favorite part is when the Bear is hiding behind the tree because he thinks the shadow is going to go away. The book reminds me of when I play games with my shadow. I play with my shadow when it rides my bike with me. I like the light colors that the illustrator used, they make me feel happy when I read this book.