The Nixie's Song: Beyond the Spiderwick Chronicles

The Nixie's Song: Beyond the Spiderwick Chronicles 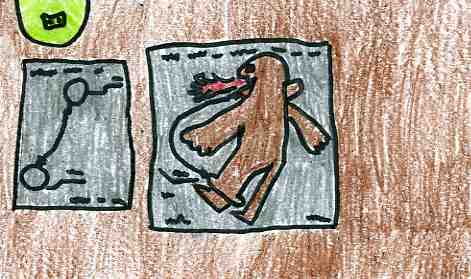 Have you ever read the Spiderwick Chronicles? If you have, I think you would like this book. Nick is a regular boy and one day he finds a pale body next to the pond. So, he calls his sister, Laurie, and they go to save the person. When they get there, they find out it’s a faerie called a Nixie. Then they found two faerie experts named Jared and Simon Grace. So they’re trying to save the faeries the giants. So they won’t go away until Nick and Laurie help them.

I like the book because of the illustrations. When I looked at them they gave me a good idea about what was going to happen next. My favorite part was when Nick and Laurie were between faeries because it was really exciting and made me want to read more. I liked this book because it was creepy and cool.

I recommend this book to all third graders who like chapter books and for people who like creepy, fun books.