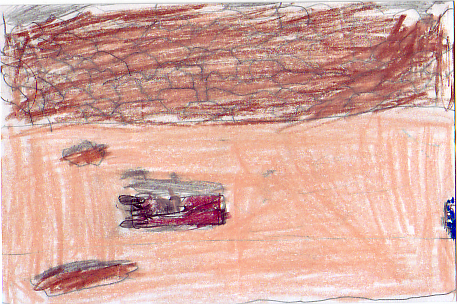 Young Luke Skywalker finds two droids that lead him to a hero named Obi-Wan Kenobi. Luke wants to fight against the Empire, so he starts training to face the Emperor. Will he survive and make peace or get killed while trying?

My favorite part is when Luke flies in an X-wing fighter the other Jedis as they try to destroy the Death Star. Obi-Wan Kenobi is my favorite character. I found him interesting because he is brave. Obi-Wan scared the sand people away to get Luke back to his house. Luke changed a lot in the story. He started as a farmer and became a Jedi thanks to a droid called R2D2. Star Wars is my favorite series. I love to read about Luke's secret father. It's just Luke and his friends against the Empire. The Empire would only get stronger unless somebody can defeat the evil Emperor.

I would recommend this book to both boys and girls who like long adventures. I think 4-8 graders will like this book. If you like to read about heroes and rescues, then this book is right for you .