The School Nurse from the Black Lagoon

The School Nurse from the Black Lagoon 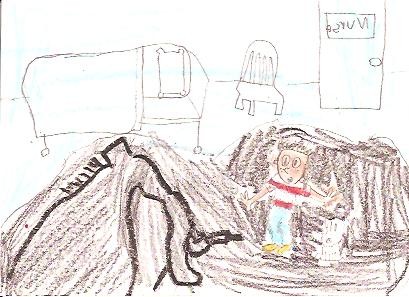 My favorite part is when the little boy went to the nurse because he had blue spots on his hand. The nurse rubbed it with a wet paper towel and she gave the little boy a new pen. I felt scared in the beginning of the book because it said scary stuff was in the nurse’s office and because the nurse looked like a monster. This story reminds me of my life because when I was going to kindergarten my friend said, “your teacher is a monster.” I was scared but when I met her, she was really nice.

I would recommend this book to my friend Diana because she would like the creepy pictures.

Melissa L.
is a student in
Page Turners After School Program / Rauschenbusch Center