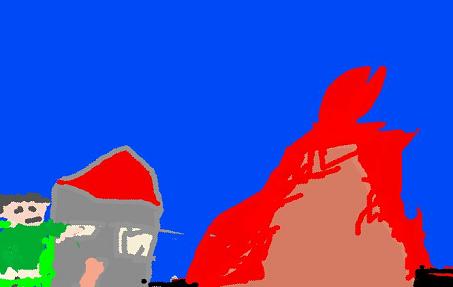 Why do volcanoes erupt? The melted or molten rock is called magma. Magma pushes its way through the cracks. After a volcano erupts everything is buried. Then life renews again. What life do you think renews again?

My favorite part was when the volcano erupts because I got to see real photographs of volcanoes erupting. The illustrations in this book are the best! The lava was red and yellow which made me think it was really hot. I thought the lava was fire. It looked beautiful and frightening at the same time. It was amazing to see! This book made me feel terrible about people burning under a big molten rock.