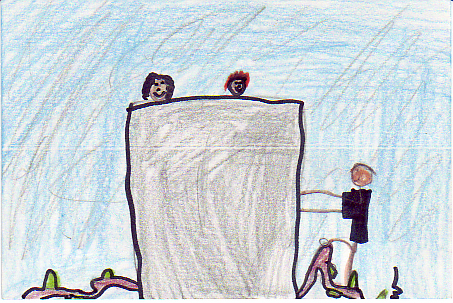 This book is like other books by Ron Roy because he never changes the characters in the series and always puts a lot of clues in to solve the mystery. As I read the book I was wondering who put Happy Heart dog food boxes on an island and who put fake poison ivy on the safe? It made me want to read on to find out. I found Mr. Pinkowski interesting because he seemed like the crook but really wasn’t. The clues were he had big feet and the foot prints Dink, Josh and Ruth Rose found were big. He also bought ivy cream and there was poison ivy on the island.

I think this book would be enjoyed by 2nd – 5th graders because this author makes you wonder a lot about the book. Also, the ending was unpredictable and you won’t want to stop reading!