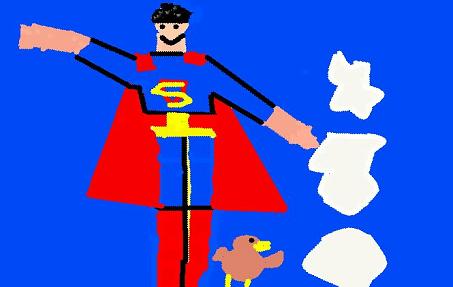 Clark wasn’t like the other boys until he heard something crash. He used his super powers. He ran as fast as a car. Read and find out what Superman does at the end.

I think this book is great because Superman has super powers. It reminds me of another book about super heroes with super powers. The book made me feel that I can run fast too.