The Case of the Sweaty Bank Robber

The Case of the Sweaty Bank Robber 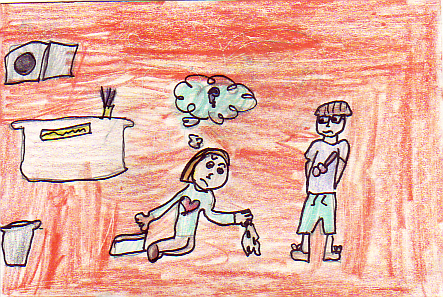 I can relate to Noelle because she's very smart like me and when she gets annoyed she keeps trying until she can prove herself. I think Noelle was a very interesting character because she was very smart and good at solving riddles. I also liked Todd because he had funny reactions when people talked about blood. Every time someone talked about blood he looked like he was going to throw up. Even though he didn't like blood, he still tried to solve the case. I was suspicious reading every page. This book got me to think outside the box and think about characters in a different way. I became suspicious about everyone! I felt like I was helping Noelle and Todd in real life!

I would recommend this book to 2nd and 3rd grade mystery lovers, because, boy, is this a mystery! Handkerchiefs, secret codes, and many more clues will get you close to the solution! I hope you enjoy this book as much as I did! (Hint: Read closely at the beginning of the book.)