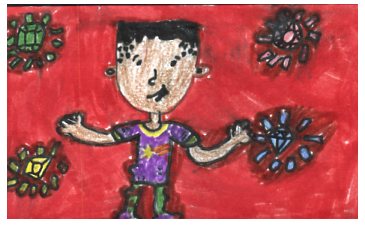 Have you tried to act cool but you were lying? If so, EllRay Jakes is a Rock Star is a book you can relate to. First, some kids in EllRay’s school are bragging about something and EllRay feels jealous. EllRay thinks up a plan. The next day, EllRay takes his dad’s rocks to show his class and gave them away. Later, when his dad comes homes, he has to tell him. His dad goes nuts. You have to read this book to find out how EllRay gets the rocks back.

In my opinion, Ellray Jakes is a Rock Star by Sally Warner is a book worth reading. First, the book teaches you a lesson that you are good the way you are. EllRay thinks he needs something to brag about to be cool. He brings his dad’s rocks to school but shouldn’t. Then, it is exciting because EllRay does bad things like going into the girl’s bathroom. Lastly, it teaches it teaches you that should just be you, EllRay is making up lies to seem cool and maybe you do that. He learns he should not do that to make friends. As you can see, EllRay Jakes is a Rock Star is a book worth reading.

If you like a book where the chapters leave you hanging, then EllRay Jakes is a Rock Star by Sally Warner is the book for you. Do you like books you can relate to? I’d give this book five stars because it is humorous. It makes me laugh because EllRay goes into the girl’s bathroom! If you have ever felt like you aren’t good as you are. You should read EllRay Jakes is a Rock Star. You will think this book rocks!